Introducing Carbage and Hello There

Hello everyone, thank you for reading!

You might or might not have heard of our studio: Hello There Games. We have -believe it or not- been active for 10 whole years, we’ve made a bunch of both smaller and bigger games, both working with companies such as Volvo and artists like Avicii, in an attempt to help them implement their game ideas.

We rarely get to work on smaller just-for-fun productions, but for this game we wanted to do something for ourselves, our friends and our children. We really wanted to make a couch party game for all ages, not something riddled with ads, loot boxes or in-app purchases. Something you can play with your kids OR enjoy in various stages of inebriation!

Due to the nature of our work we couldn't work on this full time, so we spent a few hours here and there, and every now and then in-between other productions, just making small things for us to enjoy and to keep it fresh and fun!

This is where we ended up: Carbage! 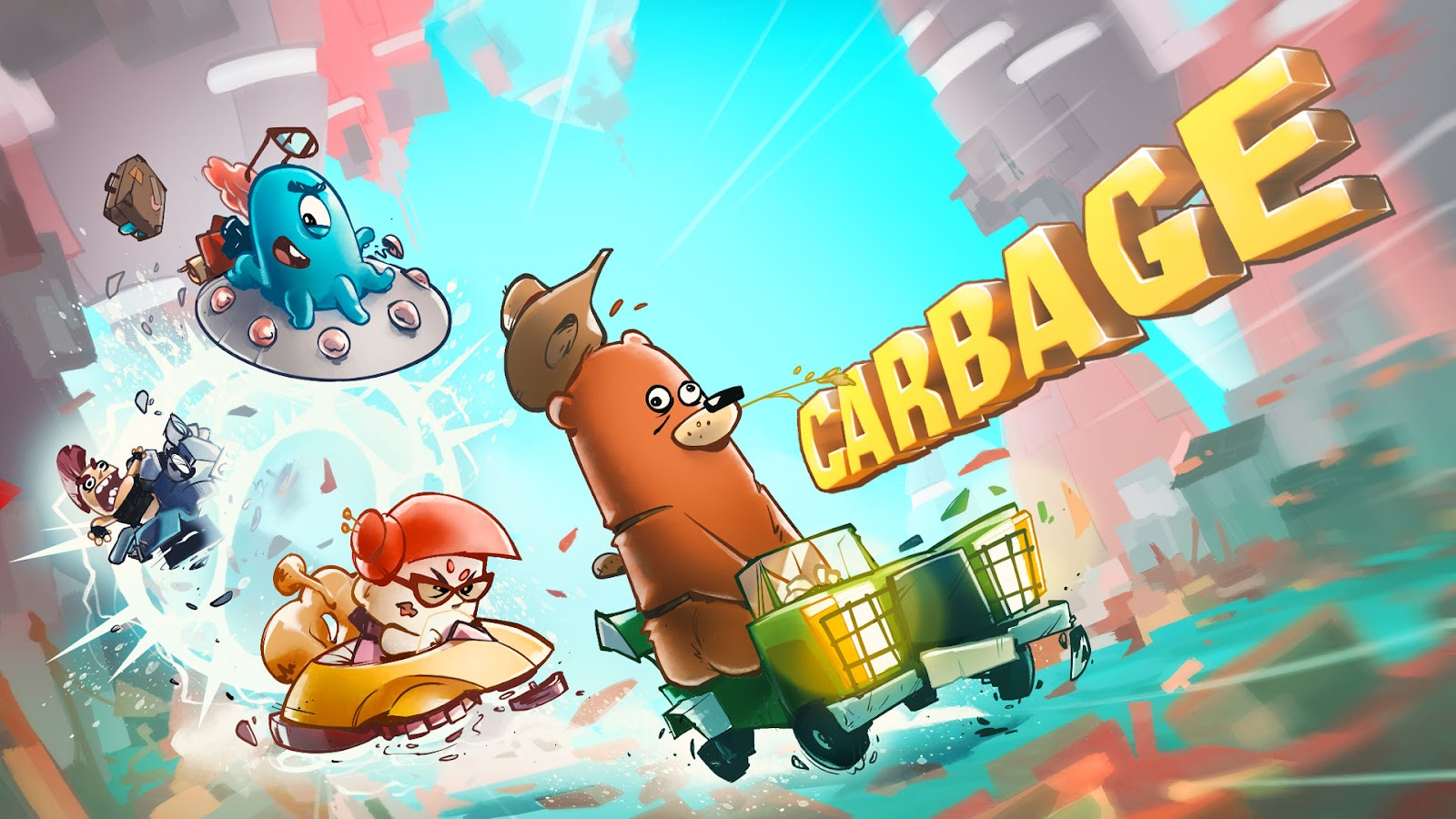 We started with some sort of destruction gameplay where we levelled a “cube village” with a car, but this didn't really take speed inside the company, our big break was when we just put 4 players on the same grid and started bumping each other to see who would be alive the longest. This eventually got disappearing blocks for floors and became our survival gamemode.

Then someone got another great idéa from our childhood, tag! In Carbage we call it: Capture the Crown and it really caught the essence of what we wanted, frantic gameplay where all four players chased and bumped the others to become the winner.

We later added a race mode (who could have thought that worked in a game with cars!?) and we felt we now had something to release to the public, to get some real-life feedback from you guys.

Now we’re here, we don’t have a marketing structure, we have no DLC, in-apps or endless grinding online for virtual currencies, we just have a fun little game to enjoy with your friends, in your couch.

You can also come stalk and talk to us on discord: https://discord.gg/cpCQaZJ

Next we want to add a few more characters, maybe get some better sound effects in there, currently we’re working on a much needed position tracker to make the air battles easier for everyone playing.

Things we want to do (but make no promises of):